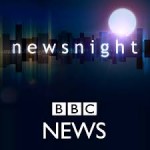 Newsnight Producer Nick Menzies recently contacted Data Eliminate while the programme was investigating the destruction of computer hard drives by the security services in the basement of the London offices of the Guardian newspaper.

The Newnight team wanted to establish the different ways in which computer hard drives should be destroyed in order to ensure that no sensitive data could be obtained from them. Nick Menzies and a film crew attended Data Eliminate’s central London Destruction Facility which is approved for use by Her Majesty’s Government Departments and Agencies. The Newsnight team were shown the different methods of destruction available including physical destruction by shredding or crushing, degaussing or secure overwriting.

Data Eliminate’s Destruction Expert, Julian Fraser, explained that crushing or punching of the drives was the method most likely to have been used in the case of the Guardian, because it was possible to do this in a meeting room with a minimum of mess and noise.

“Degaussing and crushing of hard disks can be done on site in central London  in an office block. Hard disks can then be then be taken to a destruction facility using secure transport for shredding into small pieces,” Julian explained. He continued, “Shredding is the best way to dispose of hard disks. The problem is that it requires parking for a shredding vehicle and can be noisy. That’s why we have a facility within 1 mile of London Bridge where customers can come and watch their disks being shredded.”

The Newnight camera crew took various pictures of hard drives being shredding, crushed and bent. Many of which were seen in the package shown that evening on BBC2.

How To Safely And Responsibly Dispose of IT Equipment / Computer Recycling
×
This site uses cookies: Find out more.
Scroll to top