The service can be provided on-site at your premises or off-site at our secure facility. If required we can collect items and deliver them back to you – securely wiped and safe for redeployment.

Our engineers can attend your premises and wipe drives and handheld devices in situ, in the safety of your own secure area. Your security personnel are able to wintess and monitor the entire operation.

If required for off-site services, we can scan the details of your hard drives at point of collection so that the serial numbers can be reconciled with the documentation provided by the erasure software. That way you can be certain that every disk is erased.

We provide a secure data wiping service either at our own premises or on your site. We recommend suitable software and procedures depending on your IT infrastructure and the type of data you hold. Where necessary accredited /CESG tested software will be used.

We keep up to date with the latest data destruction methods and the merits and disadvantages of each.

One plus is that when hard drives are wiped they are almost always reusable within your own organisation. Alternatively, you may wish to donate or resell your IT equipment. 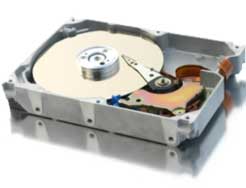 By ‘Data Erasure’ most people are referring to the wiping or removal of data from hard drives, or other storage devices such as tapes,tablets, CD’s, memory sticks, mobile phones and other handheld devices. Data wiping software is most commonly used to erase data from hard drives and mobile devices.

The erasure of sensitive data from an asset can take time so it may not be an economic option for all storage media and quantities. A combination of destruction methods is often the best option for clients with different types of media. We will be pleased to advise.

While there are many overwriting programs, only those which are capable of complete data erasure will offer full security by destroying the data on all areas of a hard drive or other asset.

Both mobile shredding services and off-site service are available for hard drive destruction, Data Eliminate provides hard drive shredding in our purpose built sanitization vehicles, destroying particles from 6mm to15mm, or alternatively in our secure facilities, where the security level can be tailored to your requirements.

Most people shouldn’t be destroying drives on their own, as it’s a waste of still-usable hardware. On the other hand, if you’re a business and you have a hard drive containing sensitive information, you may want to destroy that drive rather than risk that data falling into the wrong hands.

You must consider your sensitive data before getting rid of a computer or external drive. Many people don’t realize that previously deleted files can be recovered.

A word on formatting  or reformatting computer media such as tablets, mobile devices and hard drives.  Like deleting, formatting will wipe the links to files from the operating system to files on the hard drive but it still won’t erase the files themselves.  It makes them more difficult to find by erasing entries in the address tables. One of the dangers is that users sometimes unintentionally format a drive so there is software designed to recover files in this situation. In these genuine cases, it clearly of benefit to be able to get back lost data and files.  On the other hand, it remains the case that fraudsters could use the same software to view confidential  information from a second hand computer or one which has been donated to a charity.

A disk format is much better that none at all and your destruction decision will depend on the confidentiality and type of data you save on your data storage devices.  If you elect to wipe the hard drive using formatting – a full format is preferable to a quick format.

The key point is that formatting is not a secure method to totally wipe all files from your PC.

There are important decisions to be made about hard disk erasure.
One of the most secure methods of data destruction is Disk Wiping.  The phrase disk wiping can refer to data on hard drives as well as other data storage media such as tablets, mobile devices, CDs, RAIDs, thumb drives and DVDs. Disk wiping is a secure way of making sure that information, including company and personally licensed application on your servers and workstations and media is permanently erased so it cannot be recovered.  Data wiping should be carried out before IT equipment is recycled or given to other organisations such as schools.  Decent data wiping software will overwrite the hard drives a number of times replacing all the data bits on the drive.  This makes it impossible for data recovery applications to rebuild files.  Data on the entire drive is erased. The more times the data wiping software is used the more secure the process. Once data wiping is complete the hard drive will be rewritten with a zero or a one in all data storage locations including all hard drive sectors, the partition table and the master boot record.  The more times the software overwrites the disk, the longer it takes. 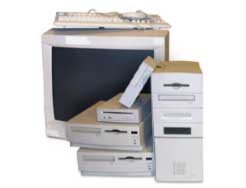 There are several standard or recommendations that apply to data wiping.  The US government standard (DoD 5220.22-M) recommends three passes for medium levels of security and up to six passes for the top level of protection.  What can take time is that one ‘pass’ can actually involve two data wipes over the whole drive – one to insert ‘1’ data bits and another to inserts ‘0’s on the drive surface.  Some applications then write a unique code on the drive to verify the software has worked correctly.  All this takes time.

×
This site uses cookies: Find out more.
Scroll to top